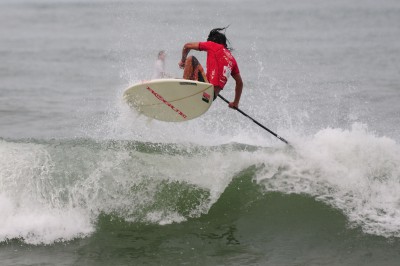 ISA World StandUp Paddle and Paddleboard Championship
February 24 to March 2, 2013
Miraflores, Lima, PeruThe second annual ISA World StandUp Paddle (SUP) and Paddleboard Championship will take place February 24 to March 2, 2013 on the beaches of Miraflores, Lima, Peru – home of the famous Club Waikiki and the cradle of Peruvian surfing.In this second edition of the World Championship, the best men and women from all over the globe will gather in Miraflores to determine the Gold Medalists in SUP Surfing, SUP Racing and Prone Paddleboarding.

Mexico’s Fernando Stalla, who will be back to compete this year, boosts during the inaugural World SUP and Paddleboard Championship last year in Peru. Photo: ISA/Tweddle

The ten things you need to know about the 2013 ISA World SUP and Paddleboard Championship are:

1. The Event
The ISA World SUP and Paddleboard Championship will gather the world’s best SUP Racers and Surfers, and Paddleboarders to compete in a National Teams competition.

It is an “Olympic Style” event – teams compete for medals and the honor of representing their countries. The excellence of competitive paddling reaches its highest level as each participant defends his or her flag.

2. The Competition
The ISA World SUP and Paddleboard Championship is an annual event that returns to Peru for its second edition in the beautiful waves at La Pampilla, Miraflores, in the surfing city of Lima, Peru, and will feature defending Gold Medalists and up-and-coming athletes from around the world.

3. The History
The ISA is Surfing’s World Governing Authority as recognized by the International Olympic Committee. The ISA first held the World SUP and Paddleboard Championship in January 2012 due to the increasing popularity and growing talent level participating in these disciplines on a global level.

During the inaugural World Championship last year at the same location, the Australian team won six out of the eleven possible Individual Gold Medals plus the Team Relay Race, giving the Aussies the overall Team Gold Medal and the Club Waikiki-Peru Trophy, establishing them as the world leader in SUP and Paddleboard.

South Africa’s Anna Notten earned a Silver Medal in both the Paddleboard Short Race and Distance Race and will be back representing her country aspiring to take the Gold Medal this year. Photo: ISA/Marrotta

4. The Mission
With the goal of developing all wave riding sports around the world, the ISA has returned to Peru for the fifth time and second year in a row for the World SUP and Paddleboard Championship.

5. The Support
Thanks to the continued support from legendary Club Waikiki, IPD (Peruvian Institute of Sports), ADO (Peruvian Association of Olympic Athletes), and COP (Peruvian Olympic Committee), the ISA is looking forward to improving upon the success of the inaugural 2012 ISA World SUP and Paddleboard Championship.

6. The Numbers
Over 120 SUPers and Paddleboarders from more than 20 countries will fill over 200 slots competing in the event. It will feature the following divisions with the maximum number of competitors per country in parenthesis:

7. The Schedule
The ISA World SUP and Paddleboard Championship Opening Ceremony will officially take place on February 24, 2013 at Lima’s Parque Kennedy with the Parade of the Nations and the Sands of the World Ceremony.

During the Sands of the World Ceremony, the participating countries will carry sand from their local beach and pour it into a glass container on stage symbolizing the peaceful gathering of nations through the love of surfing.

8. The Expectation
Traditional SUP and Paddleboarding powerhouses like Australia and Brazil have confirmed their participation in the event. Ten-time Molokai-to-Oahu Paddleboarding Champion and world-renowned waterman, Jamie Mitchell (AUS) will be a strong contender in the SUP Distance race.

In addition, new countries will have a presence in the Championship including India, Denmark, and Sweden.

9. The Venue
The SUP Surfing World Champions will be determined at the perfect rights at La Pampilla with its long, rock-bottom waves. The Men’s and Women’s winners will each hoist the Hector Velarde Trophy, named in honor of Peru’s first surfing champion.

The Distance Race, which is the same for both SUP and Prone events, will run from La Pampilla to Playa Barrancos and back and a length of approximately 18-20Km.

The Technical Races will run through a course that is approximately 5-6km set by buoys in the ocean and will start and finish in the surf at La Pampilla.

The Team Relay Race is approximately a 500m-course set by 2 buoys in the water and will start and finish in the surf at La Pampilla.

10. The Facts
Club Waikiki was founded in 1942 by the father of Peruvian surfing, Carlos Dogny. It’s one of the oldest surfing clubs in the world.

The boards used for SUP racing competitions must have a maximum length no longer than 12’6” (over 3.5 meters) and for Paddleboard a limit of 12’.  There is no size limit for the SUP surfing equipment. 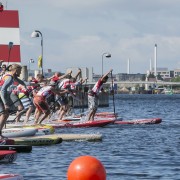 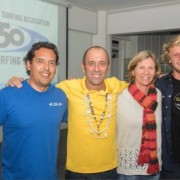 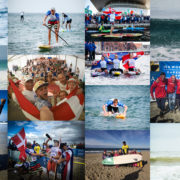 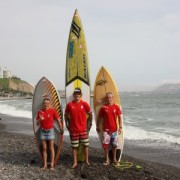 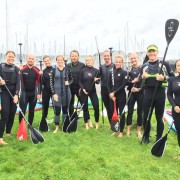 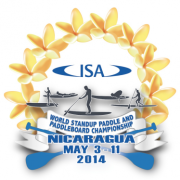 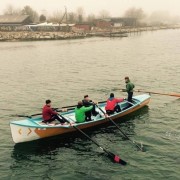 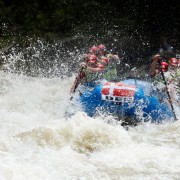 Want to join the discussion?
Feel free to contribute!

We may request cookies to be set on your device. We use cookies to let us know when you visit our websites, how you interact with us, to enrich your user experience, and to customize your relationship with our website.

Click on the different category headings to find out more. You can also change some of your preferences. Note that blocking some types of cookies may impact your experience on our websites and the services we are able to offer.

These cookies are strictly necessary to provide you with services available through our website and to use some of its features.

Because these cookies are strictly necessary to deliver the website, refuseing them will have impact how our site functions. You always can block or delete cookies by changing your browser settings and force blocking all cookies on this website. But this will always prompt you to accept/refuse cookies when revisiting our site.

We fully respect if you want to refuse cookies but to avoid asking you again and again kindly allow us to store a cookie for that. You are free to opt out any time or opt in for other cookies to get a better experience. If you refuse cookies we will remove all set cookies in our domain.

We provide you with a list of stored cookies on your computer in our domain so you can check what we stored. Due to security reasons we are not able to show or modify cookies from other domains. You can check these in your browser security settings.

These cookies collect information that is used either in aggregate form to help us understand how our website is being used or how effective our marketing campaigns are, or to help us customize our website and application for you in order to enhance your experience.

If you do not want that we track your visit to our site you can disable tracking in your browser here:

We also use different external services like Google Webfonts, Google Maps, and external Video providers. Since these providers may collect personal data like your IP address we allow you to block them here. Please be aware that this might heavily reduce the functionality and appearance of our site. Changes will take effect once you reload the page.

The following cookies are also needed - You can choose if you want to allow them: